‘I had no choice but to succeed’ – Daily Mail interview

‘I had no choice but to succeed’: How a woman left PARALYSED by multiple sclerosis aged 29 beat the odds to run again in just eight weeks

An Australian woman who was was diagnosed with multiple sclerosis (MS)  when she was 24 was told there was a 50 per cent chance she would walk again.

Amanda Campbell, 37, had an MS attack when she was 29 which paralysed the left hand side of her body.

‘There was a period of time there where they thought I would never walk again but with an incredible team of doctors and physiotherapists and a kinesiologist I did walk and I ran again in about two months,’ she told Daily Mail Australia. 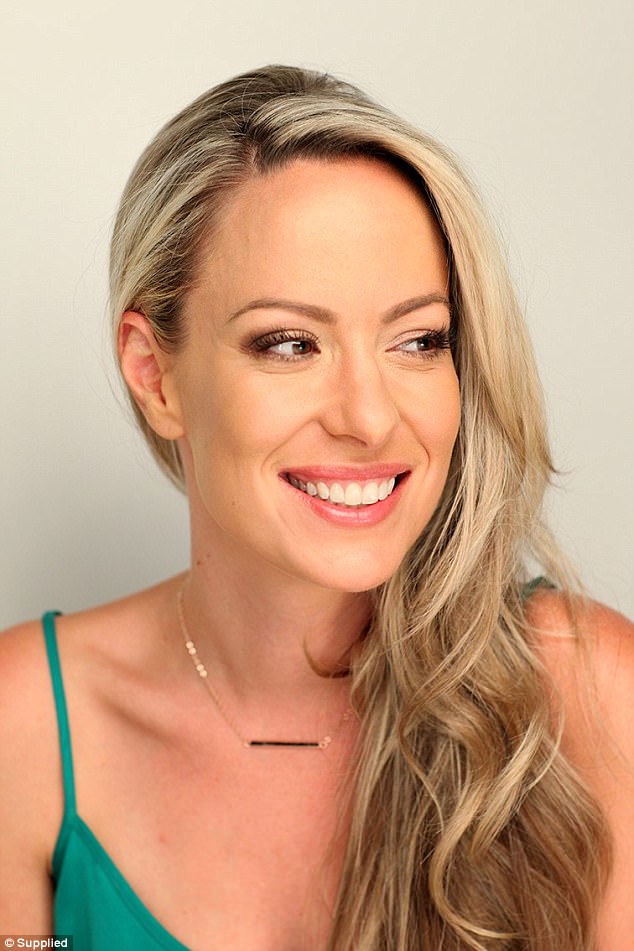 Amanda Campbell (pictured), 37, had an MS attack when she was 29 which paralysed the left hand side of her body

WHAT IS MULTIPLE SCLEROSIS?

Multiple sclerosis (MS) is a condition of the central nervous system, interfering with nerve impulses within the brain, spinal cord and optic nerves.

It is characterised by sclerosis a Greek word meaning scars. These scars occur within the central nervous system and depending on where they develop, manifest into various symptoms.

There is currently no known cure for MS however there are a number of treatment options available to help manage symptoms and slow progression of the disease.

When Ms Campbell was still not responding to the treatment she was receiving she was moved to rehab where she lived for two months.

She had recovery three times a day and at the beginning she had to work on trying to get her hands and face to move again before progressing to crawling and putting pegs in holes.

Ms Campbell went from being in a wheelchair to being in a foot brace to having her knee taped up before she was walking on her own.

‘It didn’t happen instantly, I just wanted to recover so worked my a*se off,’ she said.

‘It was definitely a rapid recovery considering how bad it was and how bad it could have been.’

The attack was a relapse and often when you have a new MS attack movement is hindered.

She had a lesion on the right hand side of the brain and the episode looked like a stroke. 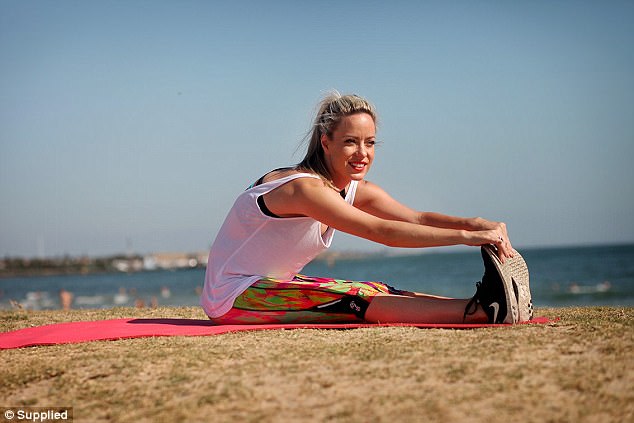 ‘It was a 50/50 chance I would be able to walk again, they said “it could come back but you’re not responding”.’

‘In rehab I hit rock bottom, I was so used to keeping busy but because I wasn’t able to keep busy, I had to keep still, I had to really think about what I wanted.’

Ms Campbell said before the attack she was trying to launch her own business but everything shut down.

‘There were moments when I thought, “is this my life?”,’ she explained.

‘Luckily I’m driven, I think that’s what saved me. I learnt how to channel my energy better. 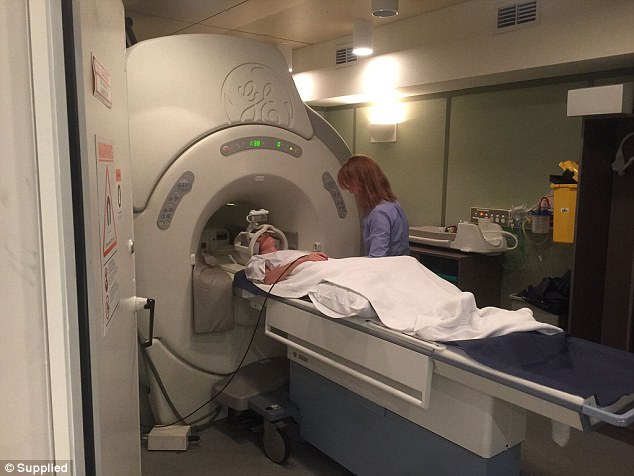 ‘It was a 50/50 chance I would be able to walk again, they said “it could come back but you’re not responding”,’ she said

Ms Campbell said there were warning signs leading up to the attack but she didn’t pay attention.

‘I disconnected more and more from my body, I went out late with my friends and didn’t look after myself.

‘I ignored the warnings, I said to myself “I’m just a bit numb but it’ll go away”. That’s how I lived my life, I ignored how I really felt about things until I was forced to stop and I learnt how to quiet my mind.’

Ms Campbell explained that she believes she utilised all that western medicine has to offer her. 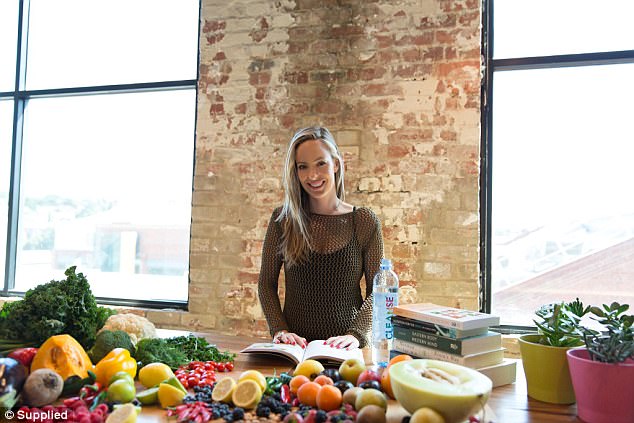 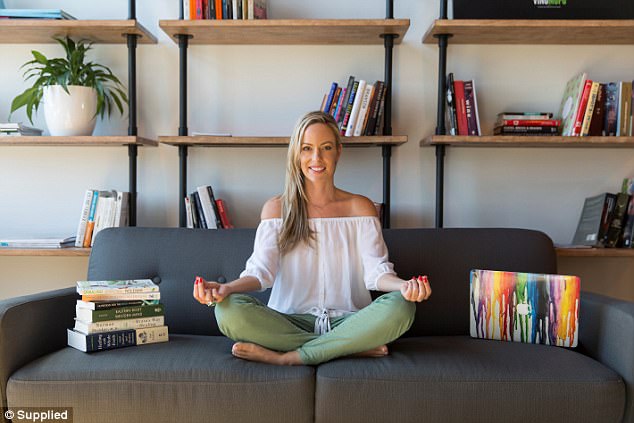 ‘I also utilised that with complimentary medicine, for me that worked really well but once I introduced my nutrition on top of that balanced approach that’s when my response became most profound.’

Although Ms Campbell left rehab after two months, when she got home she still had to lie down half the day and had multiple MS symptoms like bladder and bowel issues, balance issues and fatigue.

‘It isn’t that I just felt down, I didn’t heel like my old self so had more work that needed to be done.’

This was the catalyst that had her study rapid recovery as she wanted to know why sometimes you can eat right and exercise but still get sick, or do the opposite and manage to get better. 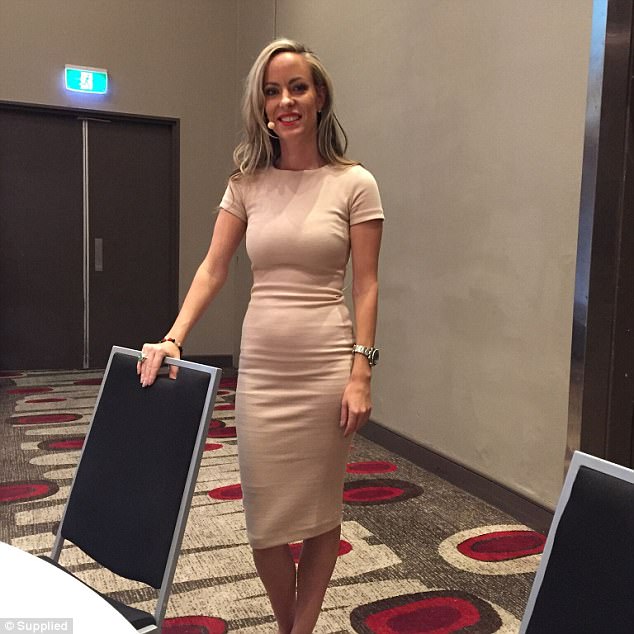 ‘What happens when you’re really unwell and you’re not deemed to recover, which was my story, but you do. What happens there? What’s at play? I wanted to know how I walked again.

‘After everything I learnt it came down to three core things, the first being nourish your body on a cellular level.’

‘It was only when I really started to value myself that I was really able to design a life that inspired me and then when you do that you get to level three where you can live as a connected human being and you’re back in your body and in the moment.

‘When you live your life connected you’re moving into safe mode instead of slipping into survival mode.’ 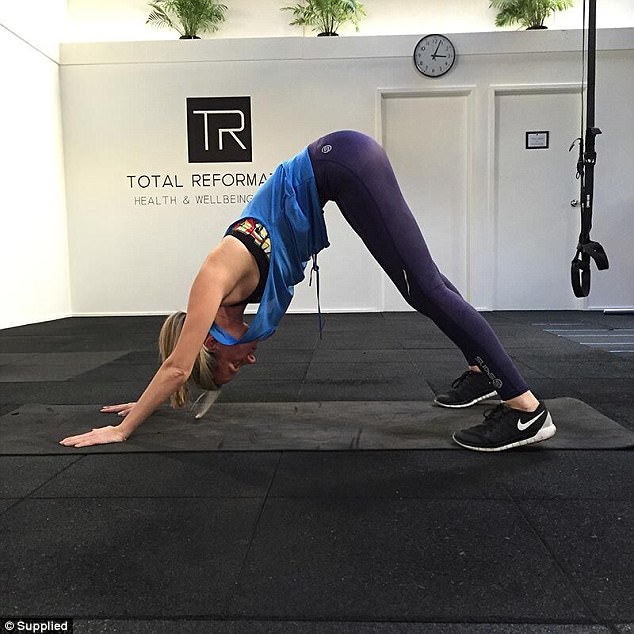 She believes that it is important to look at your subconscious in recovery and negative chatter can effect that.

‘Once I addressed my mind it, became more connected and with better nutrition alongside my doctors it changed my life.

Ms Campbell understands that it might be uncomfortable to address those thoughts but believes its an important step in moving forward.

‘You learn what you’re capable of, it’s inspiring. Step backs are designed in life… when I have a set back in life there’s a reason for that. if you think about life like that it’s easier to move on. 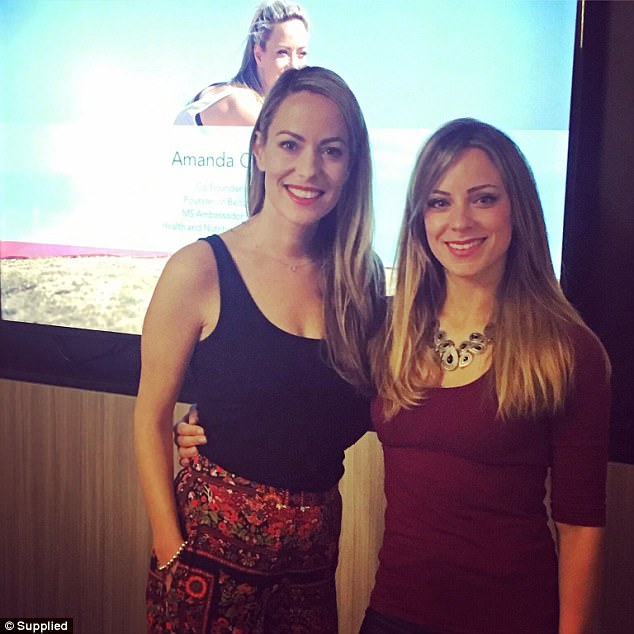 ‘The message is do what’s right for you, don’t be rigid as what might work for others might not be able to work for you and do assess your state of your mind.’

‘I had no choice but to succeed, it was a blessing to hit rock bottom.’

Ms Campbell is now a Sports Kinesiologist at her private practice Bend Like Bamboo and is proud to say that this is the seventh year of clear MRI with no disease progression.